Was That Your Tooth That Just Fell out? And Other Reasons Smoking is Bad for Your Mouth and Body

Edward Loev, DMD Blog Was That Your Tooth That Just Fell out? And Other Reasons Smoking is Bad for Your Mouth and Body 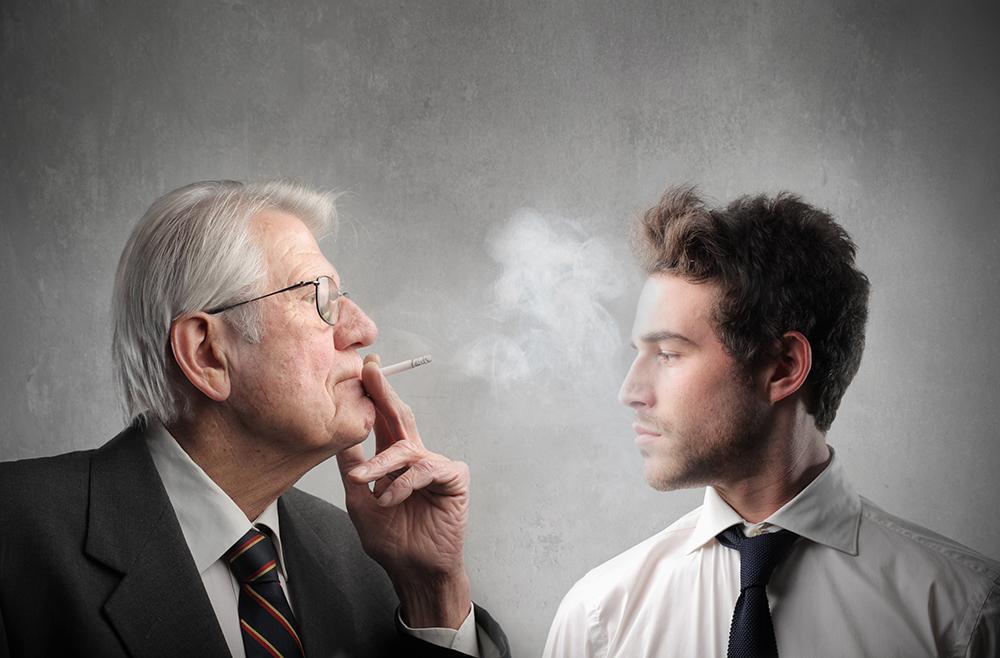 I was recently talking to my mother-in-law on the phone. Out of the blue she said do you know what happened yesterday when I was driving in the car with Uncle Frank? Since I had no idea, she told me. His tooth fell out of his mouth. There was no blood, no trauma nothing, just a tooth that dropped into his mouth, almost choking him when it fell out. Let me tell you about Uncle Frank. He is a wonderful sweet man in his late 60’s whom despite repeated attempts to quit and some MAJOR health warnings smokes about 5 packs of cigarettes per day. When most people think about the health risks of smoking they think of lung cancer and other lung diseases. What many people don’t know is that smoking can cause a large number of other problems as well. Since ones mouth is the first place that smoke enters the body it is also the area most damaged by smoking. Uncle Frank’s “falling-out” prompted me to discuss this very serious issue with San Francisco Cosmetic Dentist Dr. Edward L. Loev, DMD and the rest of our office team. Below are some of the ways that smoking impacts your body and mouth:

According to the American Cancer Society, men are at twice the risk of developing oral cancer as women. Men who are over age 50 face the greatest risk. 40,000 cases of oral cancer were diagnosed in the US alone in 2014.  Oral cancer appears as a growth or sore in the mouth that does not go away. The cancer can appear on ones tongue, lips, cheeks, throat, hard and soft palate and even your sinuses. It can often be treated if discovered early but if not discovered it can spread to the rest of your body. When one quits smoking the risk significantly decreases and continues to do so as long as one remains a non-smoker.

Uncle Franks tooth loss is most likely a result of this category. The most common side effect of smoking is increased risk of periodontal (gum disease). Smokers often have increased bone-loss (Uncle Frank) which is caused by increase in tarter build-up and reduced ability to heal. Patients are often upset yet eager to treat cavities when diagnosed by Dr. Loev or one of the hygiene dentists but oddly they often question the diagnosis of periodontal disease. Ironically, the majority of tooth loss isn’t related to cavities but to bone loss from gum disease.

Staining Of Your Teeth and Tongue

Despite bleaching toothpastes and a plethora bleaching products we can always tell when someone is a smoker because of the stains that we find on their teeth and tongue. We have patients that smoke that come in every 3 months for cleanings and do a good job with their hygiene at home but the power of the smoke is just too strong and it still causes major stains. It can turn the surface of your tongue a white, brown, or even black color that won’t come off. We will never guilt a patient into quitting smoking but we care and are concerned about their health. We express our concerns and offer help but never scold or push people. One young woman (31 years old) who had been smoking since she was a teenager had such severe staining on her teeth that she opted to invest in porcelain veneers on all of her upper and the eventually her lower teeth. Her teeth looked great and stained far less than the porous surface of her natural teeth but she still smokes and still has major tooth staining between visits.

Bad breath always comes along with smoking. The smoke and chemicals in cigarettes smell bad in and of themselves but it also makes it easier for bacteria to grow in your mouth, leading to that typical smoker’s breath.

ALL OF YOU!  As we mentioned in the introduction smoking impacts ones mouth but also the rest of one’s body. The systemic impacts include…

According to the American Cancer Society “Smoking accounts for about 30% of all cancer deaths in the United States, including about 80% of all lung cancer deaths. Lung cancer is the leading cause of cancer death in both men and women, and is one of the hardest cancers to treat. “

There are over 3 million US cases of COPD per year. COPD Emphysema and chronic bronchitis are the most common conditions that make up COPD. Smoking damages the small air sacs in your lungs making breathing and getting enough oxygen more difficult over time. This inability to get oxygen often progresses from bronchitis to emphysema. COPD cannot be cured but with proper treatment and no smoking can be managed.

Smoking causes your arteries to thicken, leading to higher blood pressure and a variety of other heart conditions. Heart attack risk goes up significantly. The risk of any type of heart disease increases 2-4 times when you smoke.

Smokers tend to develop blood clots at a higher rate than non-smokers. When a blood clot travels to the heart it can cause a heart attack or if it travels in the other direction, to the brain it can cause a stroke.

Smoking has shown to be a big contributor to the development of Type II diabetes. Diabetes contributes to many secondary illnesses.

Any Type of Cancer

Smoking has been connected to just about every other type of cancer. It’s been estimated that a full third of all cancer deaths could be avoided if nobody smoked or was subjected to second-hand smoke.

Can’t get pregnant? Maybe your smoking or your partners smoking are acting as a roadblock. Some studies show that smoking and inhalation of second-hand smoke can reduce fertility by over 42% If you are fortunate enough to get pregnant and you smoke or allow yourself to be in close contact with smoke while you’re pregnant it can cause serious problems, too. Your baby could be born premature, have a birth defect, or die from sudden infant death syndrome (SIDS).

According to recent studies people who smoke are at higher risk of developing all types of dementia and a much higher risk (up to 79%) for Alzheimer's disease. A very strong link between second-hand smoke and these diseases have also been found.

RA affects about 1.5 million people in the United States. Woman are 3 times more likely to develop Rheumatoid Arthritis. Researcher still refuse to single out a single reason or contributing factor to the disease but heredity and smoking are inthe running for top spots.

For some people cigarette addiction may not seem like a big deal compared to opiate dependence or alcoholism but it is ease. Many people take the “lessor evil” approach feeling that it is less critical to stop because it doesn’t cause immediate problems. It is true that most problems associated with smoking only become apparent after a long time. After speaking with some medical internists and an addiction specialist in our building at 450 Sutter Street in San Francisco, our view of the difficulty of quitting smoking has changed. According to these specialists, smoking is one of the most difficult addictions to stop. It ranks right up there with heroin.

I know that this article may have seemed like a “finger-wagging” lecture. It really wasn’t meant to be but as we continued our research it just came out that way, our apologies. We know that quitting smoking can be hard, very hard! Going cold turkey occasionally works but for most people it is not an effective strategy. There is too much discomfort when you stop and almost everyone goes back to it. Uncle Frank has quit smoking dozens of times unfortunately its lure pulled him right back.

We want you to succeed at getting healthier and protecting your body, mouth and teeth. Our research, and for a couple on our team first-hand experience shows that slowly decreasing your smoking over time is a far better and more sustainable way to quit. Set small goals for yourself. If you’re smoking 2 packs a day then you should work yourself down to 1 pack then to a half pack and then eventually to none. You may only reduce the amount you smoke by a cigarette a day or week but you know the adage, “slow and steady wins the race.” Hopefully eventually you will get down to that last cigarette. It won’t be easy but what a victory you will have achieved on behalf of your body and those that love you.

If you need help, ask for it! There a various smoking cessation aids such as gums or patches that can obtained over the counter or by prescription from your doctor. Talk to your doctor and or dentist and ask them for help or tips.

Some research shows that quitting with a friend makes the challenge more attainable. Ask that co-worker or friend that you see next to the ashtray outside your work every day if they too are ready to quit. Instead of meeting and smoking go for a quick walk together around the block, grab a coffee or a drink of water.  Still need help? Look for a local support group. If you work for a large company they may even have one already set-up. Not working, research shows that most employers will choose a non-smoker over a smoker when presented with 2 equally qualified applicants. Just saying!!

Finger wagging over. We want you to succeed and only presented this information as an eye-opener and hopefully a tool to help you get motivated. At San Francisco Dentist Dr. Edward L. Loev’s Office we often say, borrowing from the words of old blue-eyes, ”we care about all of you,” not just your mouth! “

Cosmetic Dentist Dr. Edward L. Loev, DMD has been practicing dentistry in his Downtown San Francisco dental office for over 40 years. He has surrounded himself with an amazing team of individuals who are committed to patient care and service. Call them today at 415-392-2072 to set-up a complimentary cosmetic consultation or even just a new patient visit if you are in need/want of a new dentist. 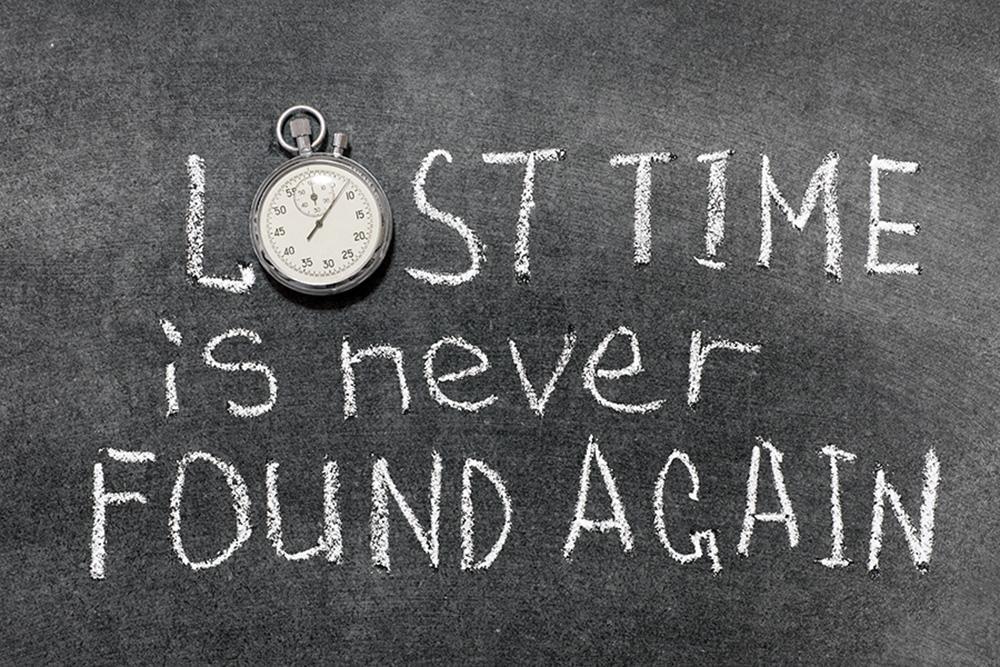 Your Time is Important, But So Is Ours!

We can do almost everything online. Has everyone lost track of customer service and care? San Francisco Dentist Dr. Edward L. Loev, DMD's team reviews increasing failed appointment rates and how it impacts everybody. 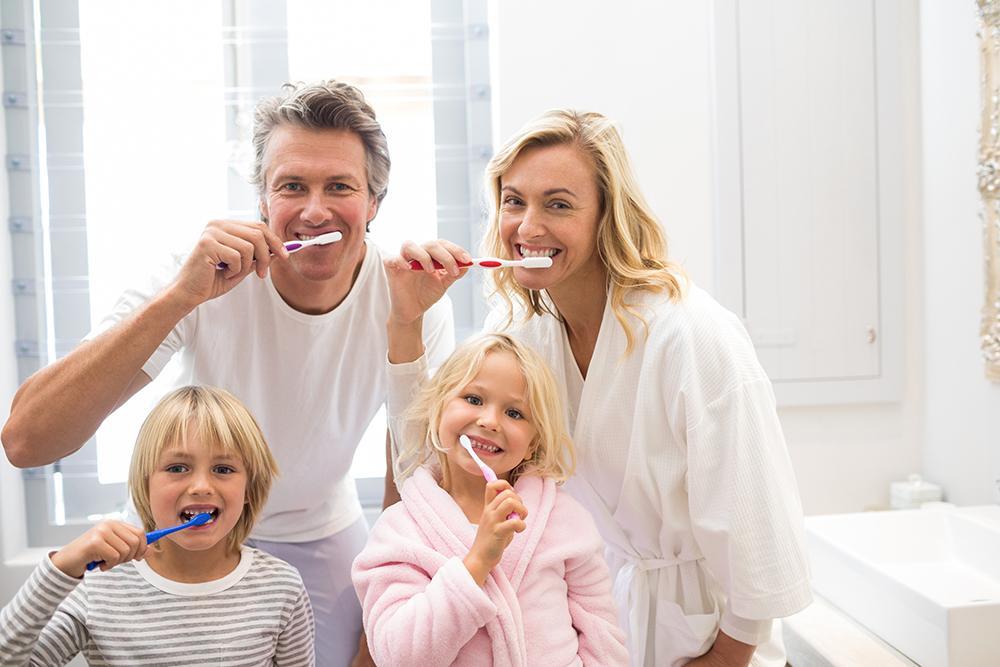 Parents and role models with good oral hygiene and health habits often foster children with the same. San Francisco Dentist Dr. Edward L. Loev, DMD, and his team have put together tips to help you help them be their best. 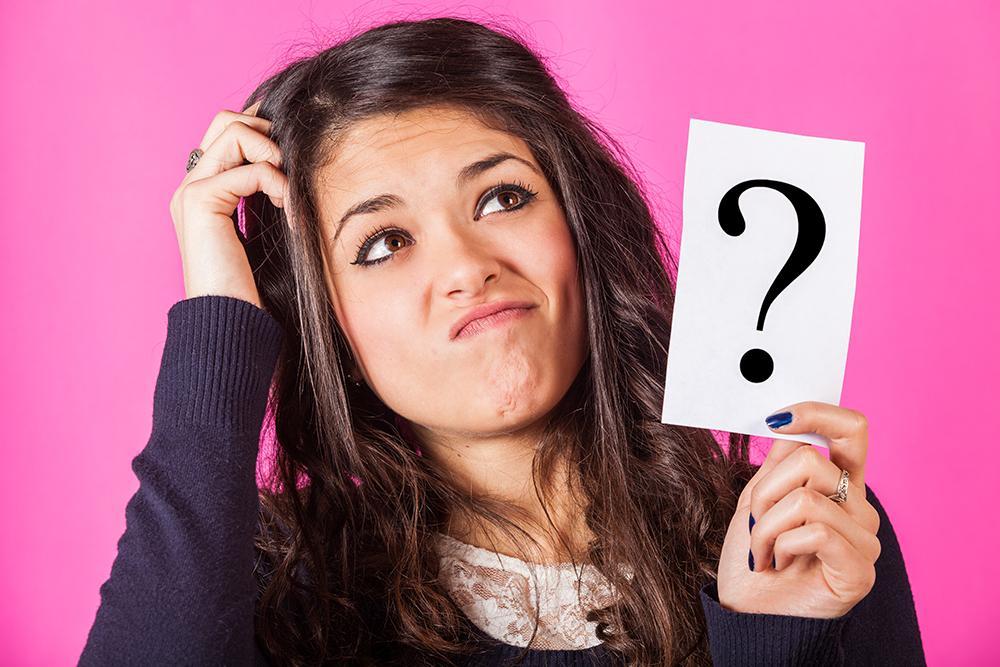 But I Just Wanted a Regular Teeth Cleaning!

It Takes A Team To Make You Smile!

What makes dental patients look forward to visiting the dentist? A dental team like San Francisco Cosmetic Dentist Dr. Loev's that focuses on excellence in clinical dentistry and customer service. Do you want to look forward to your dental visits? 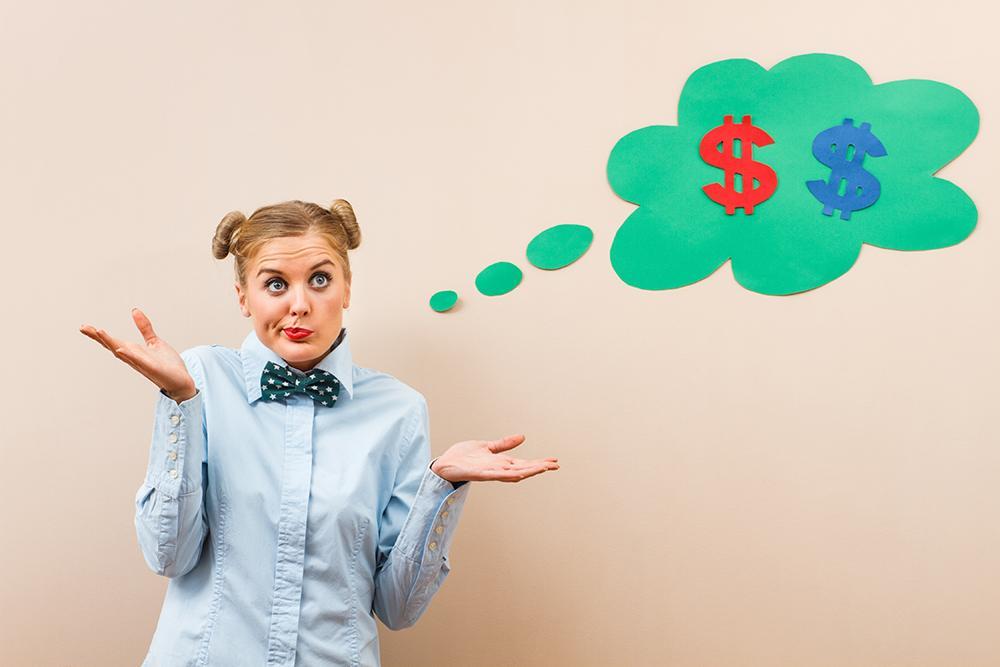 Teeth or Hair, What is More Important?

Healthcare and FSA benefits often expire at the end of the year. San Francisco Cosmetic Dentist Dr. Edward L. Loev, DMD explains key terms and how to "use not lose," these valuable benefits. 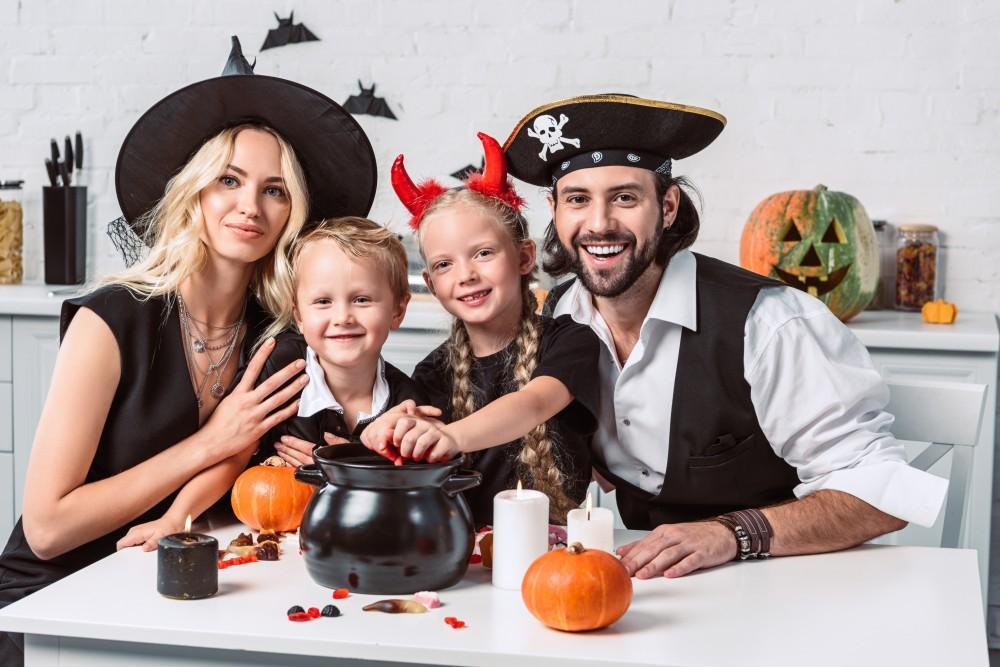 Avoid the dreaded Boo-thache this Halloween! Take some advice from San Francisco Cosmetic Dentist Dr. Edward L. Loev, DMD and enjoy those sweet treats but beware of the edible tricks.